The pharmaceutical sector is governed by regulatory norms to ensure that quality standards are met for products in line with pharmaceutical cGMP guidelines. The FDA takes food and pharma production very seriously, which is why these guidelines are in place. Calibration is one such process wherein an instrument or a utility system is adjusted so that its readings are adherent to the defined guidelines. It is usually performed as per approved written procedures.
What is Equipment Calibration?
Equipment calibration is important as equipment is often used to gather critical data and hence calibrating them and keeping them up to date becomes mandatory. This process is carried out regularly since equipment used in pharmaceutical manufacturing depending on its functionality is subjected to a lot of wear and tear.Calibration is usually done component-wise to ensure accuracy of the operating equipment as per defined pharmaceutical cGMP.
Types of Calibration
Calibration types are defined as per the parameter which is crucial for a certain process. The classification is largely done on the basis of the type of reading, and common types include:
Pressure Calibration– This method calibrates pressure readings within barometers, transmitters, test gauges and other kinds of equipment commonly used in manufacturing setups.
Temperature Calibration– Calibration is done based on temperature readings, in simulation of a real-time environment. The equipment in this category includes furnaces, weather stations, bio repositories, thermistors, etc.
Flow Calibration– The calibration which is carried out routinely for flow meters that check product quantity or energy functions in processes. Some of the equipment which requires flow calibration includes flowmeters, rotameters and turbine meters.
Pipette Calibration– Pipettes are used in laboratories to measure liquids in small, precise quantities. This calibration method is utilized in labs that make frequent use of pipettes, and is a fairly stringent process since the degree of precision required is very high.
Electrical Calibration– This particular method is used for checking electrical equipment. The accreditation standards are set as per UKAS outlines, since these are considered the most accurate set of standards for electrical calibration.
Mechanical Calibration– Mechanical calibration checks for the accuracy of various measurements such as torque, mass, force, angle and vibration. All these elements are checked in a temperature-controlled facility, since variations in temperature can adversely impact the calibration process.
Since these instruments are used in real-time environments, they are subject to frequent wear and tear. However, they are used in processes that require a lot of precision in terms of data gathering and measured quantities.Therefore, in order to maintain the accuracy of the process and the measurements taken by equipment, frequent calibration is required.

The frequency with which equipment is to be calibrated depends on various factors such as: 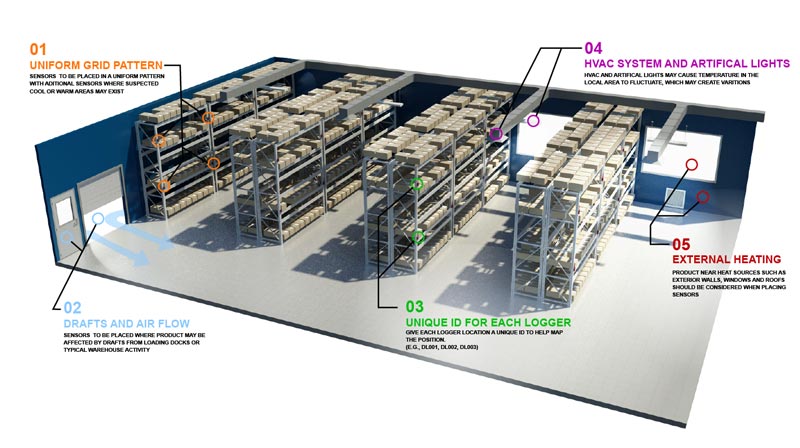 Temperature mapping is important for verifying the efficacy of temperature controlled storage systems such as cool rooms, fridges and warehouses. It is vital for businesses that work with temperature sensitive products such as pharmaceuticals or warehouses.

The process of mapping outlines the differences and changes in temperature that occur within a single temperature controlled system. This is due to influences like opening doors, proximity to cooling fans, personnel movement, and the quantity of products being stored at any given time. Temperature mapping locates the points of greatest temperature fluctuation and difference then analyses the causes of these. Conditions are created to verify that a system maintains the correct temperature in all situations when influenced by external factors such as weather and internal factors such as airflow restrictions and the operation of the Heating, Ventilation and Air Conditioning systems. The effects in difference of temperature are calculated to ensure the systems meet industry standards.

The temperature of different spaces within cooling rooms, industrial fridges and other controlled temperature environments can vary by up to 10°C. Generally, the central space within a chamber maintains constant temperature, however the corners and areas surrounding the fans will fluctuate. External seasonal weather must also be taken into account especially for warehouses.

Temperature mapping is important for businesses and organisations dealing with temperature sensitive products, like biochemical products such as medications and vaccines. Verifying that the refrigeration systems maintain an acceptable temperature level for each specific product at all times is what temperature mapping is all about, and this is supported using ongoing monitoring systems.

Once mapping has established where temperature variation points lie within the control system then monitoring can be installed. It is important to re check any back up systems to be sure that the chambers will work in other circumstances.

Different mapping equipment gives different results. It is important to ensure that the equipment being used has sufficient accuracy ratings to give reliable data. For example, better equipment will provide readings that are accurate within plus or minus 0.3°C, whereas budget equipment may only have accuracy ratings of within 2.0°C. For products that must be stored within a limited temperature range, this budget equipment cannot provide sufficiently specific temperature data.

Temperature-controlled rooms such as fridges or cold rooms can be mapped once as their external environment is controlled. However, it is advisable to make sure that other external forces that could change their temperatures significantly do not heavily influence the HVAC systems of these buildings or environments. The mapping in warehouses should take into account the fluctuation in the warehouse temperatures and conduct the tests during its most extreme levels.

Load testing is important aspect of the temperature mapping process. It investigates how expected product levels interact with individual temperature controlled chambers. This testing takes into account whether the product will arrive in the required condition or if cooling is necessary. Testing should verify whether the chamber could cope with the maximum specified load arriving all at once to then be cooled. If it can operate properly in this situation, as well as operating effectively at full capacity, the chamber can be considered sufficiently load tested. It is also advisable to test the system’s performance by simulating failures, to ascertain whether the system could be used even while experiencing some equipment failures.

Once the mapping process has been completed, sensors should be installed to allow for continued surveillance of the areas that have been identified as being most influenced by temperature change. The stable areas should be monitored to help with any troubleshooting.

Monitoring systems should be planned and documented according to the scientific rationales shown by the temperature mapping procedure. This development strategy should then be reviewed and approved by the system owners as well as by an independent quality unit before being installed. Sensors should be placed around the products, around major potential temperature influences such as doors and cooling fans, and at different heights, especially in larger chambers.

Sensor equipment can be split into zones according to the area affected by similar influences. For example, in a square or rectangular chamber, the zones in corners away from doors will behave much the same as each other, as will the zones adjacent to doors or fans. If the monitoring devices are zoned, data can be compared to provide overall information on how the system usually functions.

To summarize, temperature mapping provides information on warmer and colder areas within temperature-controlled environments. They supply details on the overall operation of the systems. After temperature mapping a system, monitoring equipment can be installed to provide real-time feedback on system operations and its stability for product protection. 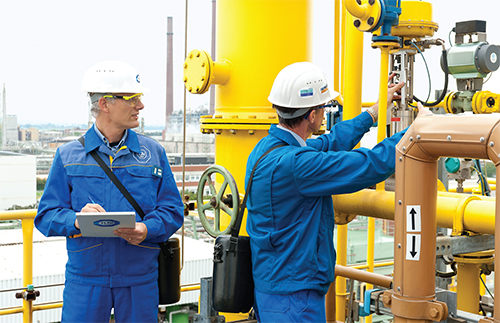 “An ounce of prevention is worth a pound of cure.” As this old saying goes, safety should be an important element in every industry. Safety covers hazard identification, risk assessment and accident prevention. Safety should always come first and remain so despite of costs. Good design and forethought can often bring increased safety at less cost.

Operators of volatile plants must implement measures to ensure that their plants are operated and maintained in a safe manner. In the chemical process industry there are chances of a number of potential hazards. A hazard has the potential of causing an injury or damage to the plant as well as the working members. Raw material and intermediate toxicity and reactivity, energy release from chemical reactions, hightemperatures, high pressures, quantity of material used etc. are some of the hazards that can cause damage in a chemical industry plant.

HAZOP refers to Hazard and Operability studies. HAZOP is a systematic technique for examining potential hazards in the system. With HAZOP, the process is broken down into steps where every parameter is considered to see what could go wrong and where. This is the most common hazard analysis method for complex systems. It can be used to identify problems even during the early stages of project development, as well as identifying potential hazards in existing systems.

An important benefit of the HAZOP study is resulting knowledge that can be of great assistance in determining appropriate remedial measures. There are four steps to the HAZOP process:

The overall aims to which any HAZOP Study should be addressed are: 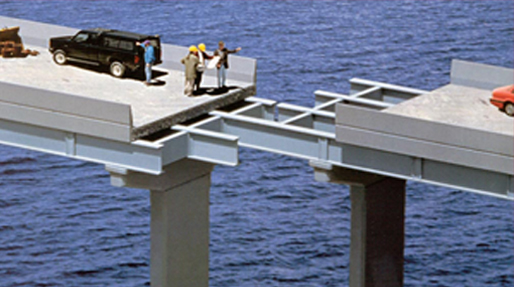 Signs your construction project is headed towards failure

Chemical and Pharmaceutical Plant Construction projects involve high risks and heavy investments. Sometimes a single risk can manage to blowout your project. At other times, a combination of risks will be the reason for your project failure. One or multiple, either can prove to be fatal for the project and company. It is critical to identify project failure sooner and devise solutions before the risks escalate.

Here’s a list of obstacles that could lead to project failure and solutions on how to overcome them.

Every project, no matter how big or small, will face problems at every stage. Good leadership and communication is the glue that will stick your project together in times of failure. A healthy working environment for the employees and strategic approach aid in the long run.
Panorama provides complete project management services right from planning to execution. Every step is supervised under the watchful eyes of experts in the field. With Panorama, your construction project is far from the trenches of failure.