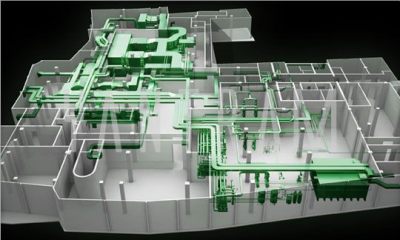 If you are involved in any type of manufacturing that is regulated by the FDA, FDA regulatory consulting firms can help you!

FDA consultants (who are all former employees of the FDA or have extensive industry experience) can assist with all phases of the manufacturing process, from single rooms to entire plants, computer systems to manufacturing and processing equipment, design to verifications and validations.

Quality Systems Approach to Pharmaceutical cGMP Regulations
Quality by design means designing and developing a product and associated manufacturing processes that will be used during product development to ensure that the product consistently attains a predefined quality at the end of the manufacturing process.

Quality by design, in conjunction with a quality system, provides a sound framework for the transfer of product knowledge and process understanding from drug development to the commercial manufacturing processes and for post-development changes and optimization.

The CGMP regulations, when viewed in their entirety, incorporate the concept of quality by design. This guidance describes how these elements fit together.

For more information on FDA consulting services for plant design or to schedule a consultation, please contact us. 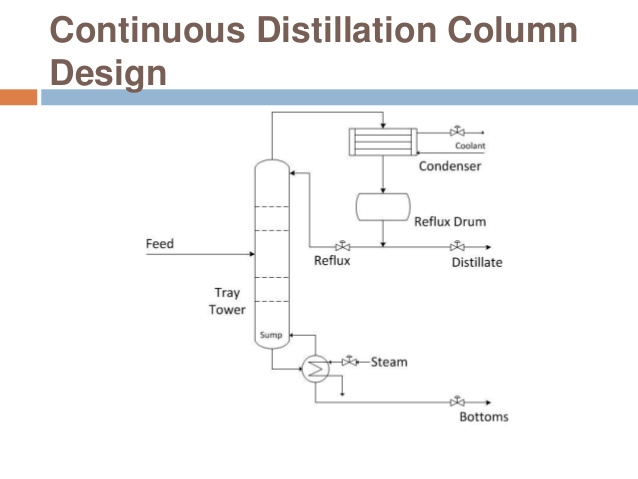 The starting point upon which all column design is based is to accurately determine the relative volatility of the key components to be separated. Using a mass and energy balance simulation program. The user must set up the basis of the simulation by selecting an appropriate fluid package and the components present in the feed. Activity coefficients, estimated by the program or provided by the user, are used to relate non-ideal component interactions.

The first step in column design is specifying the column operating objectives. These are defined by a primary product composition and an optimal recovery of the product from the waste, recycle or less important by-product stream. These specifications should be in terms of the heavy key impurity in the top stream and the light key impurity in the bottom stream.

Once the top and bottom stream compositions are specified, the dew point of the top stream and the boiling point of the bottom stream may be determined at various pressures. An operating pressure should be selected that allows acceptable temperature differences between available utilities because the overhead vapor must be condensed and the bottom liquid reboiled.

Parametric cases of this simulation should be used to verify the estimated number of stages and feed location. Add and subtract stages from both the stripping and rectifying section of the column. Do this until the required reflux ratio becomes approximately 1.2 times the minimum reflux ratio, or the trade off between utility usage and the number of stages appears optimal for the specific column. As more total stages are used, the required reboiler duty will decrease until there are diminishing returns.

Diameter and Height of the Column

At this point, the distillation process is well defined, leaving the column diameter and height to be determined. The chosen design case from the simulation program provides the internal liquid and vapor flows and their physical properties for every stage of the column. The column diameter is chosen to provide an acceptable superficial vapor velocity, or “Fs factor”. This is defined as vapor velocity (ft/sec) times square root of vapor density (lb/ft3), and liquid loading defined as volumetric flow rate (gal/min), divided by the cross sectional area of the column (ft2). The column internals can be chosen as either trays or packing. Trayed columns must avoid flooding, weeping and downcomer backup. Packed columns must avoid flooding, minimum surface wetting and mal-distribution.

Project managers should understand and determine these five key design elements for the projects success. Cost, chemical interactions and equipment needs change in a non-linear fashion, as increased output is required. Qualified engineers should consider these critical steps for distillation column design. 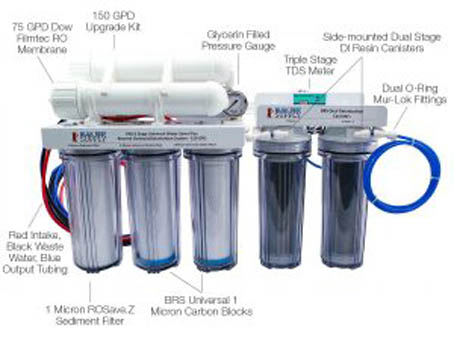 RO/DI stands for Reverse Osmosis and Deionization. The product is a multi-stage water filter, which takes in ordinary tap water and produces highly purified water.

Tap water often contains impurities that can cause problems. These may include phosphates, nitrates, chlorine, and various heavy metals. Excessive phosphate and nitrate levels can cause an algae bloom. Copper is often present in tap water due to leaching from pipes and is highly toxic to invertebrates. An RO/DI filter removes practically all of these impurities.

There are typically four stages in a RO/DI filter:

The sediment filter, typically a foam block, removes particles from the water. Its purpose is to prevent clogging of the carbon block and RO membrane. Good sediment filters will remove particles down to one micron or smaller.

The carbon, typically a block of powdered activated carbon, filters out smaller particles, adsorbs some dissolved compounds, and deactivates chlorine. The latter is the most important part: free chlorine in the water will destroy the RO membrane.

The RO membrane is a semi-permeable thin film. Water under pressure is forced through it. Molecules larger/heavier than water (which is very small/light) penetrate the membrane less easily and tend to be left behind.

The DI resin exchanges the remaining ions, removing them from the solution.

There are three types of RO membrane on the market:

Reverse osmosis typically removes 90-98% of all the impurities of significance to the aquarist. If that is good enough for your needs, then you don’t need the DI stage. The use of RO by itself is certainly better than plain tap water and, in many cases, is perfectly adequate.

RO by itself might not be adequate if your tap water contains something that you want to reduce by more than 90-98%.

A DI stage by itself, without the other filter stages, will produce water that is pretty much free of dissolved solids. However, DI resin is fairly expensive and will last only about 1/20th as long when used without additional filtration. If you’re only going to buy either a RO or a DI, it would be best to choose the RO, unless you only need small amounts of purified water.

Duplicating stages can extend their life and improve their efficiency. For example, if you have two DI stages in series, one can be replaced when it’s exhausted without producing any impure water. If you have both a 5-micron sediment filter and a 1-micron filter, they will take longer to clog up. If there are two carbon stages, there will be less chlorine attacking the TFC membrane. Whether the extra stages are worth the extra money is largely a matter of circumstance and opinion.

RO/DI capacities are measured in gallons per day (GPD), and typically fall within the 25-100 GPD range. The main difference between these units is the size of the RO membrane. Other differences are (a) the flow restrictor that determines how much waste water is produced, (b) the water gets less contact time in the carbon and DI stages in high-GPD units than low-GPD units, and (c) units larger than 35 GPD typically have welded-together membranes.

As a result of the membrane welding and the reduced carbon contact time, RO membranes larger than 35 GPD produce water that is slightly less pure. This primarily affects the life of the DI resin.

Most aquarists won’t use more than 25 GPD averaged over time. If you have a decent size storage container, that size should be adequate. A higher GPD rating comes in handy, however, when filling a large tank for the first time or in emergencies when you need a lot of water in a hurry.

The advertised GPD values assume ideal conditions, notably optimum water pressure and temperature. The purity of your tap water also affects it. In other words, your mileage will vary.

An RO filter has two outputs: purified water and wastewater. A well-designed unit will have about 4X as much wastewater as purified water. The idea is that the impurities that don’t go through the membrane get flushed out with the wastewater.

There is nothing particularly wrong with the wastewater except for a slightly elevated dissolved solid content. It may actually be cleaner than your tap water because of the sediment and carbon filters. Feel free to water your plants with it.